53 year old man gropes sleeping 20 year old woman's breast and is cleared of charges with "sleep walking" defense. His lawyer did a heel of a job in this case and deserves every penny earned.


Not making this up here is the link to the story

"A SLEEPWALKER who groped a woman in bed was today cleared of sexual assault because he was suffering from a sleep disorder. 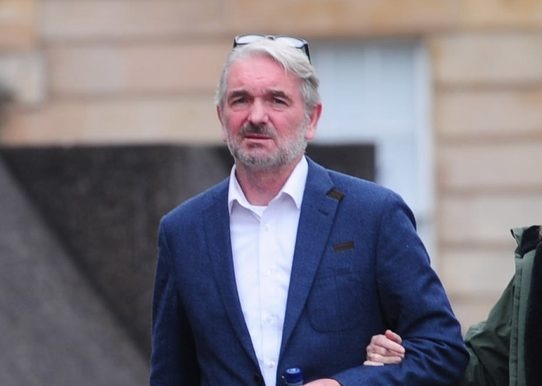 Gerard Bryceland, 53, climbed into bed with the 20-year-old and her partner before grabbing her breast, a court heard.

Gerard Bryceland, 53, was today cleared of sexual assault because he has a sleep conditionCredit: SPINDRIFT

The woman “froze” as she and her partner woke up to find Bryceland in bed beside them with his hand over her body.

Bryceland, of Glasgow, was today acquitted of the sex assault charge after a sheriff accepted a psychiatrist’s view that his sleepwalking was a “mental disorder.”

Glasgow Sheriff Court heard Bryceland, his partner and the young couple had gone out together last October before returning to his home.

He said: “The woman said she was frozen and woke up to find a hand on her breast.

“Buttons on her pyjamas were undone and his hand moved down to her thigh area.”

Mr Farrell went on to describe that the woman was then touched inappropriately by Bryceland.

Her partner woke up and was able to shake off Bryceland who “rose quickly, almost immediately and sprung up out of bed.”
'HE WALKED OUT LAUGHING'

Mr Farrell added: “He walked out to the hallway laughing.”

The couple didn’t report the incident to the police until 10 days later.

The court heard Bryceland had been sleepwalking since he was a boy and it can be triggered by alcohol use and anxiety.

Lawyer Ann Ritchie, defending, said: “He was horrified and shocked about what happened in the room and wanted to apologise to both of them.

“The psychiatrist said he was worried about it and he was depressed.”

Sheriff Charles Lugton said: “I find that the special defence has been established.

“This was a serious incident as a result of your sleepwalking which is a condition.

“It is appropriate to consider the need to protect the public following on from your acquittal.”


The terms of his special defence of having a mental disorder resulted in him being placed on the sex offenders register for five years despite the acquittal.

The special defence states: “A person is not criminally responsible for conduct constituting an offence, and is to be acquitted of the offence, if the person was at the time of the conduct unable by reason of mental disorder to appreciate the nature or wrongfulness of the conduct.”

Glasgow Sheriff Court heard Bryceland, his wife and the young couple had gone out together last October before returning to his home."

My brother used to sleep walk all over the house when he was young.

He got off the charges so it has to be

Jesus and he walked free