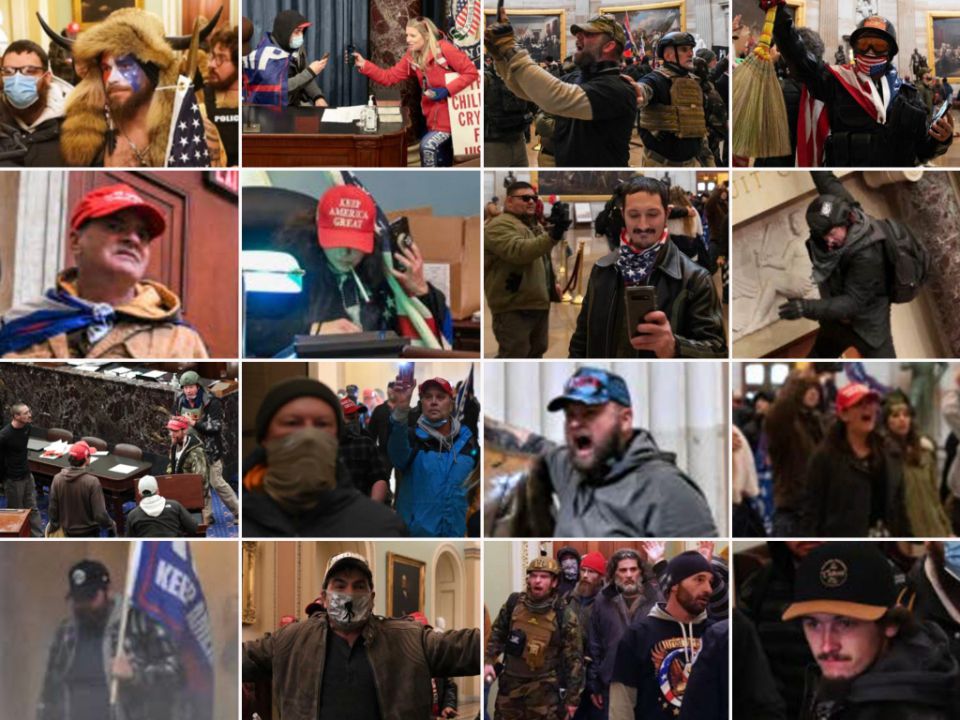 At least six Republican state legislators took part in events surrounding the storming of the US Capitol. West Virginia Delegate Derrick Evans posted a video of himself entering the building but later deleted it, The New York Times reported.

Tennessee state lawmaker Terri Lynn Weaver told the Tennessean that she was “in the thick of it” during the rally before the storming of the Capitol. She said there was “Just a whole heck of a lot of patriots here". She later tweeted a picture of the mob at the base of the Capitol, saying: “Epic and historic day gathering with fellow Patriots from all over the nation DC.”

Virginia state Senator Amanda Chase denied that any violence had taken place, despite the overwhelming evidence, and later accused the police of murder after the shooting of a California woman inside the Capitol. "A veteran who was brutally murdered by Capitol Police today,” Chase wrote on Facebook according to the Henrico Citizen.

“These were not rioters and looters; these were Patriots who love their country and do not want to see our great republic turn into a socialist country. I was there with the people; I know. Don’t believe the fake media narrative," she wrote.

Missouri State Representative Justin Hill skipped his swearing-in ceremony to be in DC. He marched to the Capitol but didn’t enter, the St Louis Post-Dispatch reported him as saying.

Pennsylvania State Senator Doug Mastriano made sure that a busload of people could be in DC. He said in a video that he didn’t participate in the clashes with police, The Hill reported.

Michigan State Representative Matt Maddock was also at the scene, according to The Hill.

This comes as the FBI and DC Police released images of people wanted on federal charges for violently storming the US Capitol. They are trying to track down 36 people after 68 were already arrested after violent clashes with police as the Trump-supporting mob broke into the Capitol, forcing members of Congress to evacuate and seek shelter in undisclosed locations. Four rioters died and 56 officers were injured in the ensuing chaos. One officer remains in hospital after being beaten and tased by the mob.

The suspects include Holocaust deniers, White supremacists, and conspiracy theorists.

Several of them have already been identified online, such as 32-year-old Jake Angeli, sometimes called the "QAnon Shaman" according to the Arizona Republic. Shirtless and wearing horns and a fur, the Trump-supporting QAnon conspiracy theorist was seen in numerous images from the Capitol on Wednesday.

An unnamed man was fired from his job at a Maryland marketing firm after wearing his company badge while storming the Capitol.